WED Movement briefing - 2020
TECH HUMANITY FOR CHILDREN - Preparing to meet the fifth industrial revolution
WED Movement aims to improve early childhood development outcomes in Abu Dhabi and around the world by facilitating collaboration, encouraging disruptive innovation and generating actionable recommendations. It aims to increase the exposure of key topics related to early childhood development, drive engagement with local and international stakeholders, and facilitate evidence-based decision-making.
WED Movement is pioneering an aspirational child philosophy by focusing on raising children that are ready to face current and future challenges.
The future brings with it all the wonders of self-driving cars, augmented reality learning and robotic assistants. It also poses threats and complex problems. In many aspects, the future is already here. We are fast approaching the fifth industrial revolution where machine meets mind and AI competes with human intelligence.
Our children need to be equipped to face these challenges and leverage technological advances to their fullest potential.

Tech humanity for children theme - 2020
THE PROCESS - DESIGN THINKING
The world around you is filled with uncertainty. But within that uncertainty exist innumerable opportunities to design (or redesign) game-changing value propositions. These opportunities are there for the taking. The design thinking process helps you identify these opportunities and translate them into new, sustainable value for the stakeholders involved (e.g. children, caretakers, educators, governmental bodies).
In short: design thinking is a human centered & collaborative approach to problem solving that is creative, iterative & practical.

Team design thinking process
THE PROJECT
Children’s screen media and digital technology use have changed dramatically over the past two decades. When most parents were children themselves, children’s media was delivered in predictable ways through a small number of channels. Though not all children’s media was educational, it was easier for parents to identify the “junk food” media and set limits around “screen time” on family televisions and video games.
Then Internet-connect devices and smart technologies arrived. Children could take their favorite shows to the dinner table, the bedroom, or any moment of boredom. Anyone with a camera could create a video, post it on a major technology platform, and make money from children’s advertising impressions. A few channels no longer controlled the distribution of children’s media. The vast scale of content development meant that humans weren’t reviewing what videos or apps children were offered before they clicked or downloaded them.
In addition, the ad-driven monetization of these new media meant that their goal was to keep users (kids included) on devices for as long as possible and coming back again and again. Children use platforms and apps filled with design tricks to keep them online longer. Parents express more difficulty keeping limits on screen time, getting children to sleep, having healthy conversations around the dinner table, and helping children learn and socialize without distractions.
Therefore, the Tech for Humanity made one of its primary goals to change the cultural conversation about children and technology. We reached three fundamental conclusions:

TECH humanity team outcomes - 2020
OUTCOME 1 - DESIGN PRINCIPLES
As part of this work, we developed 12 Humane Design for Children principles that focus on the needs of young children, their parents and how technology companies can create sustainable and trusted relationships with children as they grow. The scientific rationale and evidence for each principle is described. Brief examples of how these could be operationalized into ECD metrics are provided for illustrative purposes, but many more innovative metrics will hopefully be developed as WED and technology designers work together over time. 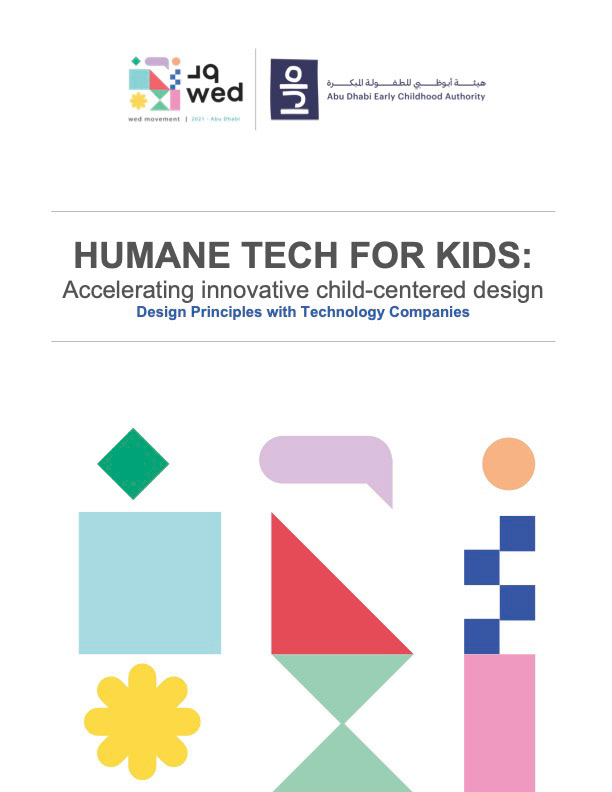 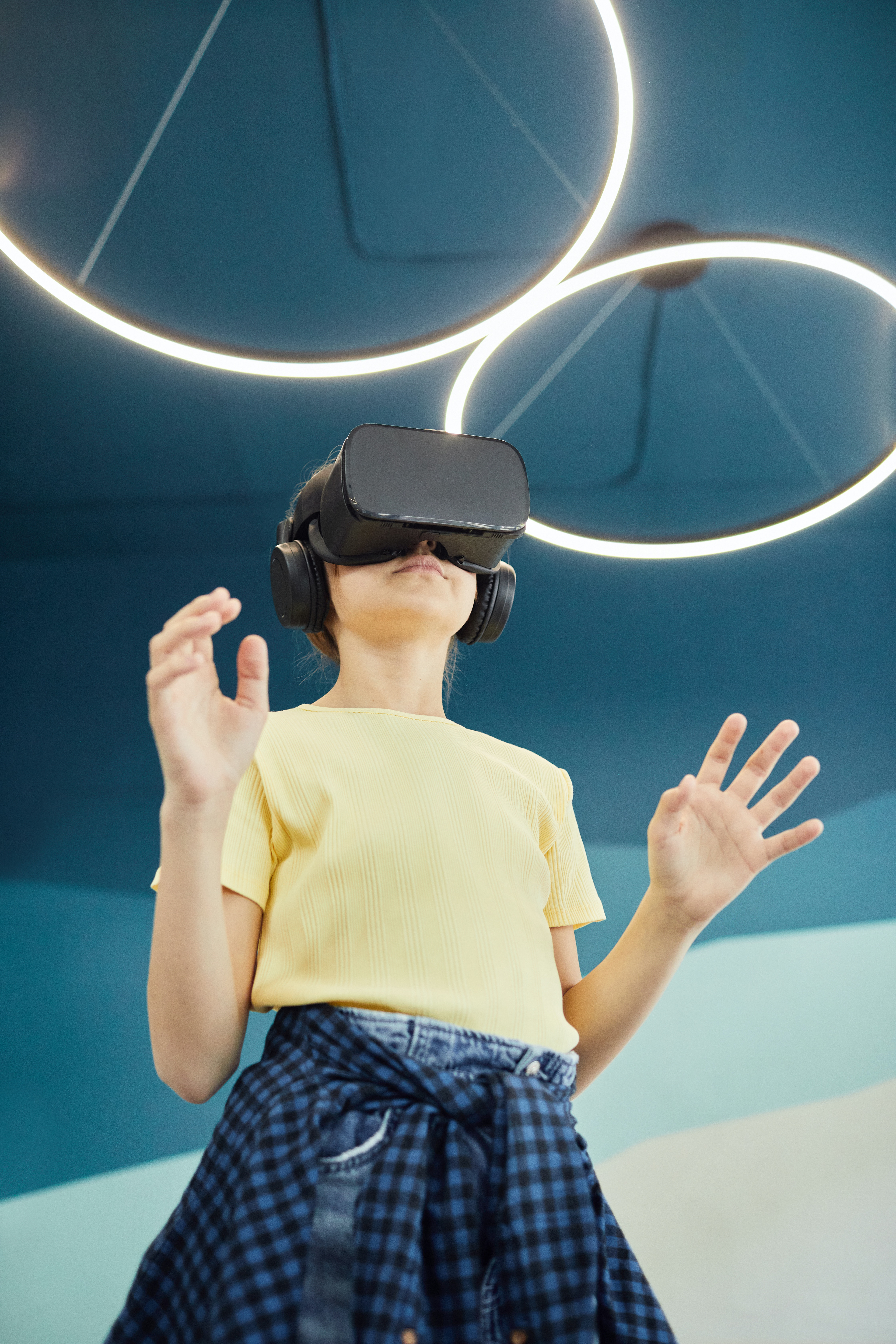 Tech humanity design principles (soon to be released)
OUTCOME 2 - Survey
We crafted a survey proposal to monitor the quality of use of technologies and their impact on Abu Dhabi families, so to support evidence based policy and corporate decision making. To be published periodically (once a year, or every two-three years).
Parents, caregivers, educators (infographic version)
Policy and decision makers (detailed version)

Survey email invitation (soon to be released)
THE TEAM
It was an honour and true pleasure to work together with a wonderful team, special thanks to Dr. Michael Rich, Dr. Jenny Radesky, Steve Horowitz and Dr. Phil McRae for an amazing collaboration.

Tech Humanity for Children team, Abu Dhabi - 2022
WHY NOW?
Around the world, policymakers debate what types of regulations are necessary to improve children’s digital spaces. Most of these discussions focus on protection: digital privacy, data collection, and online safety. Our child-centered design approach harnesses scientific evidence about early childhood development (ECD) and insight into how the tech industry works to challenge tech designers to see their products from a child’s perspective. These aspirational design principles encourage innovation to meet a “double bottom line” of both profitability and early childhood development (ECD) goals.
Families have now spent a year and a half relying on technology that doesn’t always prioritize children’s needs. Parents will be relieved to have new technology options whose design is intended to make parenting around screens easier, help children engage with tech meaningfully but then disengage calmly, and get the most from the time they spend in the digital world.